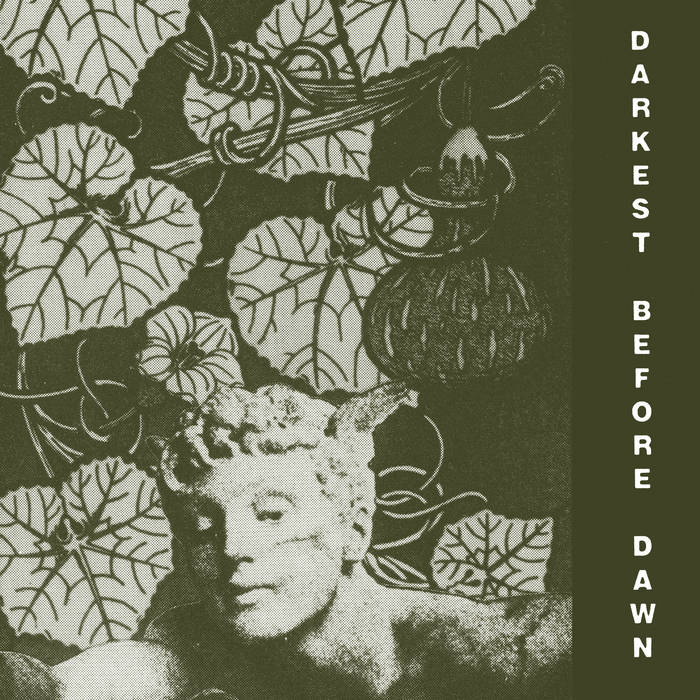 Dark Day is the brainchild of Robin Crutchfield, a New York City based musician, performance artist, and writer. Robin’s musical path began in 1977 when he formed the no wave group DNA with Arto Lindsay and Ikue Mori. In 1979 Crutchfield left DNA to pursue his more synthesizer-based solo project. He released the ‘Hands In The Dark’ 7” followed by two albums, ‘Exterminating Angel’ in 1980 and ‘Window’ in 1982. In 1984 he re-launched Dark Day as an acoustic chamber ensemble performing ethereal soundscapes and self-released two cassette albums “Obsession” and “Beyond The Pale”.
‘Darkest Before Dawn' is a collection of 13 songs recorded between 1985-86, released on CD in 1989 that have never been pressed to vinyl before. The album is a lost medieval collection of pagan tunes for private ceremonies. Played on echoey pipe organ backed by saw-like rhythmic cello lines and melodic woodwind recorder, driven by the beats of rattles, bells, and drums. These simple, cyclical layered instrumental rounds owe much to the inspiration of Moondog as well as the efforts of the Penguin Cafe Orchestra and Dead Can Dance. The original press release stated, “Serious gothic organ works which cross Captain Nemo's Nautilus pipe organ with the standing stones of Stonehenge and reminisce Babylonian battle hymns and Egyptian burial ceremonies.” All songs have been remastered for vinyl by George Horn at Fantasy Studios in Berkeley. The vinyl comes housed in jacket featuring illustrations from Thomas Bewick’s ‘Vignettes’ and includes a double sided insert with photos and notes.

New sounds from Mavi, Ivy Sole & Moderator, plus AJ, the One joins the show, for her latest release